30 years of science on TV

At the end of December 1992 the first episode of “Leonardo” was broadcast on Raitre: live science news in ten minutes. No one had ever attempted daily information in this field.
How the challenge has changed since then, the relationship with viewers, today’s work.

The schedule of the 15th edition of the FestivalScienza, which will be held in Cagliari from 10 to 13 November 2022 and will have as its theme the relationship between “Science & Technology” is online.

putting the general public into contact with the world of science, re-establishing the connection between humanistic and scientific culture, raising a deeper awareness of the transformations and changes science brings about and on how deeply it influences our daily lives.

our new website dedicated to science. All the video contributions produced during the 2020 and 2021 editions in a single collection.

an acknowledgment to female figures who have contributed to giving Sardinia prestige in the scientific field.

in collaboration with Science Is Cool, the annual appointment at the Salone del Libro of Turin with publications and activities

All the updates on the board, competitions, prizes and activities related to the FestivalScienza. 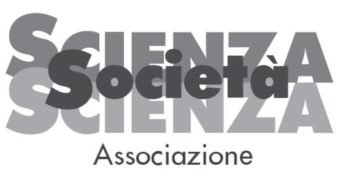 The Association ScienzaSocietàScienza has been created to put together human and financial resources with the objective of organizing a wide range of events focused on science and its relationship with society.

Creation of an International Centre for Science in Sardinia.

Re-establishing the connection between humanistic and scientific culture.

raising a deeper awareness of the transformations and changes science brings about and on how deeply it influences our daily lives.

with the sponsorship and the contribution